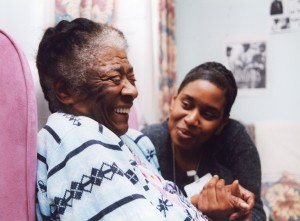 A telling survey came out at the end of August indicating that only one in four of us “believe they will receive proper care in their old age” despite – as the Telegraph put it – “the Coalition’s sweeping reforms of the system”.

And that’s a shame as the “sweeping reforms”, while not answering all the questions, were much needed and haven’t had proper time to be in yet.

The research also showed that voters rank care for elderly and disabled people second only to health as a national priority justifying an increase in spending – well ahead of schools, transport, policing or the armed forces”.

So is THIS the issue that will dominate the election next year. And, bearing in mind that older people are the two biggest users of both the health and the care systems, as well as being the cohort most likely to vote, will the party promising more money for our health and care systems be the one likely to get past the post first?

Well yes.. and no. Firstly, trust in the party that can best handle the economy will still likely be the election swinger. And secondly, it’s hard to extricate the two issues of the economy and additional spending for health and care: any party promising more money will be asked to explain where it is coming from. And it’s hard to know where that might come from.

But here’s a thing. Perhaps money isn’t the biggest issue here. Yes, for sure we need to be paying our care workers a proper wage, and every care contract awarded on price rather than quality and value lowers standards.

The nettle still to be grasped is the full integration of health and care services, allied with a switch of spending towards prevention.

Still money is wasted because of silo thinking between different services – cuts that save one department money but cost another service huge sums to clear up.

People are still sent from service to service like pass the parcel.

And cuts to prevention and health education are the economics of the madhouse. We should be enabling wellness rather than focusing on treating illness.

The party that understands and articulates THAT might just be able to square the circle of how we get better care without breaking the bank.